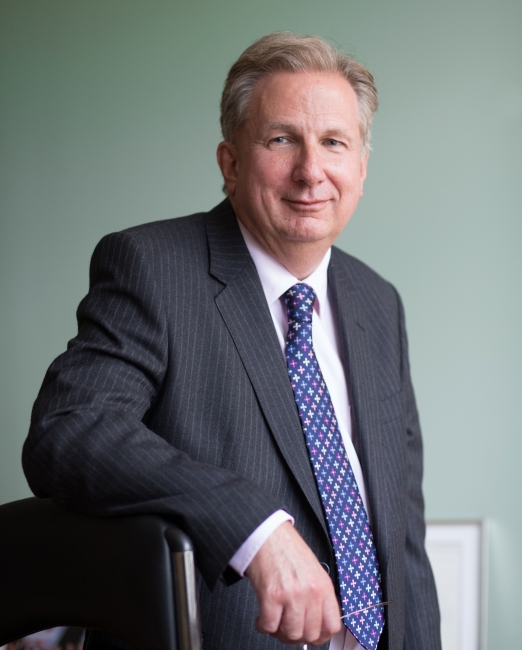 Sir Paul has overseen a dramatic transformation at Weston College since being appointed Principal in 2001.

He has driven the College from below-average academic results and a poor financial standing to Ofsted Outstanding status and a national reputation for excellence.

Under his leadership, the College has won a wealth of prestigious awards, including TES College of the Year and Overall FE Provider of the Year numerous Association of Colleges Beacon Awards and the Queen's Anniversary Prize for Higher and Further Education in 2018.

Sir Paul has also received extensive recognition for his individual efforts and achievements. In 2011 he was awarded an OBE for his services to further education and the voluntary sector, followed by a CBE in 2017 for his work in further and higher education. Most recently, Sir Paul was named FE Leader of the Year at the 2019 TES FE Awards.

Sir Paul has experience in industry and all fields of education, including university, secondary and further. His work in Further Education has spanned over thirty years and he has a wealth of experience and a history of academic excellence in maths, economics, law and statistics. This is complemented by his work as a NLFE for the Government alongside inspection experience in both England and Wales.

His responsibilities for the Weston College Group include the overall management of the College and the strategic direction of the organisation, which has seen its annual turnover increase from £9 million in 2001 to more than £60 million. The Group is now spread across five key sites, including a University Centre – one of the first of its kind in the UK, the latest edition of which is a flagship Institute of Technology for the West of England.

Sir Paul’s work is extensive in the sector. He has been appointed to the role of National Leader in Further Education (NLFE) – one of just seven national appointments – and to the Advisory Board to the FE Commissioner. He represents South West colleges regionally, as well as being a member of the National Board, and also writes for some of the leading national journals in education.

Sir Paul’s work has been recognised by both Bath Spa University, where he received an honorary Doctor of Letters, and the University of West of England, Bristol which awarded him a Doctorate in Education.

Sir Paul’s great interest – the SEND agenda and inclusivity of learning – led to the College being the first in the UK to open an autism spectrum residential training facility, which won a Beacon Award in 2018. Similarly, his vision for a university centre within an urban town model and development saw the College achieve Gold in the Teaching Excellence Framework assessment.

Sir Paul also represents the Principals' Professional Council in the South West and is an active supporter for the sector, known for his robust approach and always placing the learner first.

She also has responsibility for the Prison Education contract and oversees the PEF Senior Management Team, providing vocational education services to prisons across the South West and South East regions. She also works closely with the Commercial Division and has led on recent key projects with the Port Authority. Andrea is also the College lead for all internal and external local reputational matters..

She is CIPD qualified and a graduate in International Business and Modern Languages, working in Germany and the Middle East before establishing a career in the recruitment and HR sector.

After moving to Bristol in 2005 to join the Higher Education Funding Council, Jo has spent the last twelve years focused on improving the skills system to meet the needs of employers and learners in the West of England in further and higher education.

After moving to Bristol in 2005 to join the Higher Education Funding Council, Jo has spent the last twelve years focused on improving the skills system to meet the needs of employers and learners in the West of England in further and higher education.

As a Group Director at Weston College since 2014, Jo has led teams to secure large skills contracts with employers and public funders. Jo sits on a number of Boards, including the European Structural and Investment Fund Committee and the West of England Local Enterprise Partnership’s Skills Planning Group. She has a breadth of experience and insightful nature that is crucial to the advanced strategy of the College in terms of growth and development. Her current responsibilities include supervision of apprenticeships, business growth and higher education development.

As a Group Director at Weston College since 2014, Jo has led teams to secure large skills contracts with employers and public funders. Jo sits on a number of Boards, including the European Structural and Investment Fund Committee and the West of England Local Enterprise Partnership’s Skills Planning Group. She has a breadth of experience and insightful nature that is crucial to the advanced strategy of the College in terms of growth and development. Her current responsibilities include supervision of apprenticeships, business growth and higher education development.

Dave's portfolio of responsibility includes the development and implementation of the 16-19 curriculum, the whole development of student services including support for learners, the improvement of teaching, learning and assessment practice and the effectiveness of learning resources (including LibraryPlus facilities).

Dave’s background is in Sport Science with teaching experience in both the secondary and further education sectors. His management experience is extensive, and he secured his first post within the FE sector in 1999 and enjoyed a rapid rise to his current role of Deputy Principal over the last twelve years. He has a strong track record of systems development most recently allied to the development of T Levels, but including significant experience in quality improvement.

After graduating from Brighton University with a BSc (Hons) Sport Science and a PGCE, Dave started his teaching career in the secondary sector as a PE teacher.

He demonstrated his management potential as a Head of House and was quickly promoted gaining valuable management experience as a Head of Year. He secured his first post within the FE sector in 1999 and has since then developed extensive management experience in a range of roles including Curriculum Manager, Head of Faculty, Head of Quality and Interim Head of Student Services. Committed to developing the student experience, Dave has established a strong track record of quality improvement at both curriculum and College level resulting in a significant rise in student attainment.

Jo initially worked in Weston-super-Mare for a local multi academy trust where she attained the position of Vice Principal of the academy. She joined Weston College in December 2018 taking on the role of Clerk to the Corporation as well as other responsibilities. She is now Vice Principal Technical Education and Governance, with oversight of Engineering, IT and Computing as well as Building Services, Construction, Motor Vehicle and Civil Engineering (Construction Professionals).

Jo studied Engineering at Cranfield University both at Undergraduate and Post-Grad levels. She went on to develop her skills and knowledge both in industry and also HE establishments including the University of Illinois before moving into teaching. She has always had a passion for widening participation, supporting those from disadvantaged backgrounds including under-represented groups such as women in STEM subjects, as well removing barriers to learning so all young people and adults have the opportunities to succeed in education in order to progress into their chosen career paths. Jo is actively involved in charitable activities, having previously been a director of a national charity.

Darran currently leads on compliance, audit and international education within the Group as well as supporting the Chief Operating Officer on key project developments.

Darran started his working life as a Royal Marine Commando where he served on operational tours in Kosovo and Afghanistan. After leaving the Royal Marines in 2002, he started a career in education as a Lecturer in Sport at Coleg Gwent in South Wales. He also spent two years teaching undergraduate students as a Visiting Lecturer with the University of Wales, Newport before taking up a Lecturer in Public Services post at Weston College in 2006.

Within the Weston College Group Darran later progressed to Lecturer in Charge of Public Services and then Curriculum Manager in Sports and Public Services. Further progression to Deputy Head of Faculty Service Sectors, and Head of Faculty Service Sectors followed. Darran has also held Executive Director and Associate Principal posts and spent a significant amount of time as an interim Principal of a local school that was attached to the College Group.

Darran’s educational achievements include first class honours in Sports Science, a Masters Degree in Health, and a PhD in Education. Darran’s doctoral thesis centred on learning/learner motivation and emotional capital.

Joe started working at Weston College in 2010 following completion of an advanced apprenticeship with the NHS where he gained a range of experience and qualifications in accountancy.

Since joining the College, he has played a key role in the transformation of finance ensuring robust systems are in place and that financial performance is maximised. Bespoke systems have been developed across a range of disciplines from automated financial statements to costed curriculum planning models.

Joe studied Business and Management with the University of West of England Bristol achieving a first-class grade and since that time has also taken further professional examinations in the field of accountancy. He is recognised as a Chartered Global Management Accountant (CGMA) and is responsible for finance and business planning across the entire College Group.