We are proud to announce the success of our very own footballer Ryan Jones (formally of Churchill Academy), has recently been selected to represent nationally for England Colleges. As well as already playing for Weston Football Club, Ryan currently studies Level 3 Sport and Exercise Science Extended Diploma also takes part in the Football Sports Academy. 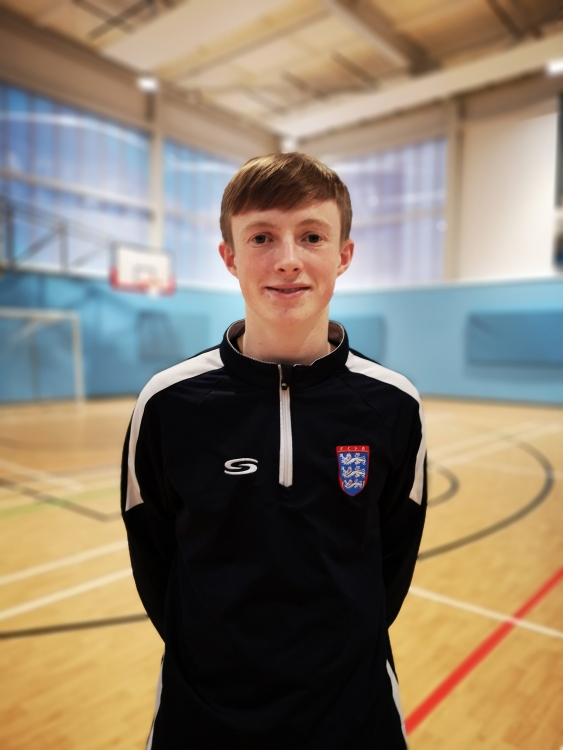 How did you first get involved with England Colleges?
There was a phase 1 trial that the college put me forward to go to. If you do well in this trial you get selected to go through to the phase 2 trial. I made it to phase 2 last year however didn't quite make it into the final squad. However, that only motivated me to hone in and improve my skill for this year's trials.

When you were chosen to represent England Colleges, how did that feel?
It felt amazing to be able to represent my country but with that comes a great responsibility to conduct yourself in the right manner at all times, it was obviously a great feeling to play my first game at St. George’s Park.

Can you tell us more about your first game?
We recently had a training camp at St. George’s Park where all England teams train. Whilst we were there, we had a game against the Independent Schools Football Association (ISFA), they were extremely good but we dominated the game for the majority of it. We ended up winning 4-3, scoring a winner in the closing minutes which was a great feeling as it was the first time that England Colleges have ever beaten ISFA.

What position are you playing?
I play a range of positions for different teams, for the u19’s at Weston Football Club I play as an attacking midfielder just behind the striker whereas for the first team I have been playing on the right wing which I do really enjoy. For England Colleges I have been playing as a defensive midfielder, which is a new challenge but definitely makes the most of my skills.

How has the college/staff supported you?
The college have been great in my development as a player especially with the coaching staff we had last year with the u19’s. They converted me from a box to box midfielder to a number 10 which I really enjoy. Without the college I wouldn’t be able to do what I do now with England and the first team at Weston.  I felt so grateful to have that sort of support as I know other lads in the squad didn’t have that support and had to fund it themselves, so I feel extremely grateful that Dr. Paul has helped me in that way.

What do you hope to achieve at the England Colleges team?
I hope to move on to a professional club from this as being a part of the squad increases the chances massively and a few of the players they have had in recent years have progressed so if I could I will be very happy. I am most looking forward to hopefully making the touring squad and going to Italy to compete in a tournament against countries such as Romania, Greece and Italy. Overall it will be an amazing experience for me.

Click here to learn more about our incredible Sports Courses taught at the Health and Active Living Skills Centre.