Shortly after leaving school, I fulfilled a childhood dream and went onto serve nine years as a Royal Marines Commando. 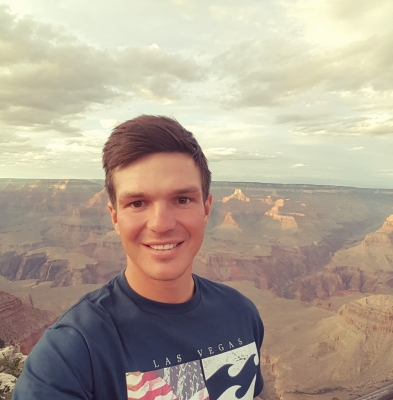 Upon leaving, I became a Scuba Diving Instructor, introducing people to the beauty of the underwater world. Despite this idyllic lifestyle, I had a deep-seated hunger to achieve a life-long goal that I had very much longed-for; I wanted to study law.

I had no formal qualifications outside of the military, and therefore, to embark on this journey of academia I had to start from the very beginning; I had to sit my GCSE exams!

After speaking to one of the helpful tutors at Weston College about my ambitions, I decided to enrol on an Access to HE Diploma, in particular the social sciences pathway; the core subjects being psychology and sociology. I chose the Access to HE course over A-levels because not only did it cover the same pre-university subjects that I was contemplating, but it also provided me with the strong academic skills required for degree-level learning, such as essay writing and researching proficiency.

I have enjoyed every aspect of the Access to HE course, from the mates I have gained to the tutors that have taught me, who I would also now call my friends. Some areas of the course, however, do stand out as what can only be defined as life-changing. I was initially captivated by studying the societal norms and values that create socialisation, influenced by the behavioural conditioning that defines who people are; this was a mere taster for what was about to come. Modules such as crime and deviance, abnormal psychology, welfare and poverty, and psychopathology have changed the way I view the world surrounding me; I suddenly became conscious of the workings and functions of the society and the beating life within it.

If you have been considering retraining - Do It! The only thing in your way, is yourself. If you have any self-doubt, or any preconceptions that you may not be good at something, I can assure you you’re in for a surprise. I grew up believing I didn’t belong within academia, however, after a short period of study I achieved 95% in the maths exams, along with 72% in English. Curtail any self-doubt, embrace the challenge, and most of all, enjoy every moment along the way.

I have received an offer to study Law at the University of Bristol, starting in September 2021. Upon completion of my law degree, I intend to progress onto the postgraduate Bar Training Course in order to qualify as a barrister.