The temporary artwork, designed and co-created by the artist with the local community, is part of a pioneering heritage project called ‘21st Century super Shrines’, managed by Culture Weston in collaboration with North Somerset Council.

21st Century super Shrines was launched in May 2021. It is part of a four-year High Street Heritage Action Zone (HSHAZ) cultural programme, funded by Historic England, in partnership with Arts Council England and the National Lottery Heritage Fund.

Before it is installed, the bandstand-shaped shrine design will be injected with the artist’s signature colour and pattern as students from Weston College work alongside her and local creatives to help apply the patterns and paint the structure.

The timber-built outdoor structure, featuring a small external performance area and sheltered seating, will be erected in the pedestrianised space outside 30 High Street - an area known locally as Big Lamp Corner.

Installation is planned to take place next month (October 2022) and the artwork will remain in situ for the duration of the 21st Century super Shrines programme, which finishes in 2024.

Fiona Matthews, creative director at Culture Weston, said: “The painting of the Shrine is a key moment in the project, as Morag’s co-ordinated jigsaw of pattern and colour brings the design to glorious multi-coloured life! Weston-based master joiner Simon Birtwistle has done an amazing job in crafting the structure and we are excited to be moving on to the next stage in creating this unique and vibrant landmark.

“A 21st Century take on the traditional bandstand, the celebratory public artwork represents the combined vision of the artist and local community, shining out pride in Weston and capturing the cultural zeitgeist that is thriving in the town.”

Councillor Mark Canniford, North Somerset Council’s Executive Member for Placemaking and Economy, said: “The 21st Century super Shrines cultural project will be a fantastic addition to Weston’s High Street. It’s exciting to learn that it’s now being painted, ready for installation next month. What an opportunity for the Weston College students too to work alongside an acclaimed world-renowned artist.

“As we continue to focus on the recovery of our town centre, our investment into the cultural sector continues to support local artists, tradespeople and businesses. Weston is alive with cultural activity as never before.”

The project has been supported by organisations and businesses in the area including Weston College, Cuppa Architects, the Sovereign that has provided the painting space and YesColours for supplying eco-friendly paints.

Features of the bandstand-shaped shrine design include:

During the 2021 consultation period, led locally by visual artist and social maker Megan Clark-Bagnall, artist Morag Myerscough engaged with the local community in a series of public sessions. The activity included in-person word and pattern workshops to online discussion forums, capturing local responses to help inform the design process. The result is a co-created artwork that reflects and builds upon the town’s identity, with leading themes emerging such as the importance of pets and animals.

The public artwork is the first in a series of innovative ‘shrines’ planned to appear on Weston’s High Street. From art installations to live arts experiences, the aim is for the work to capture the vitality and values of the local community. 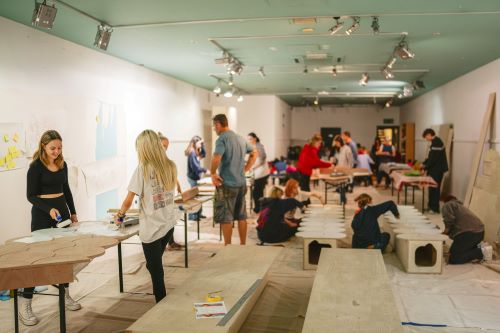 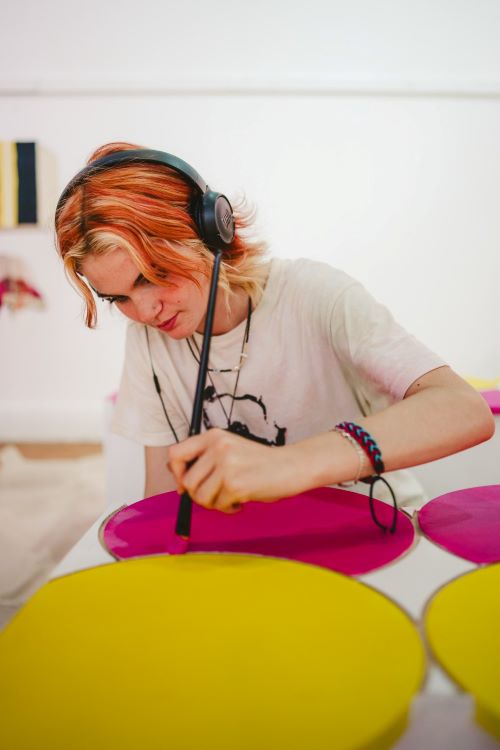 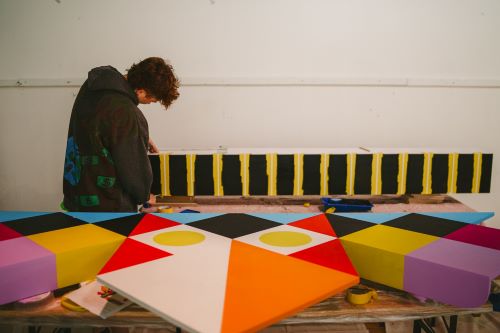 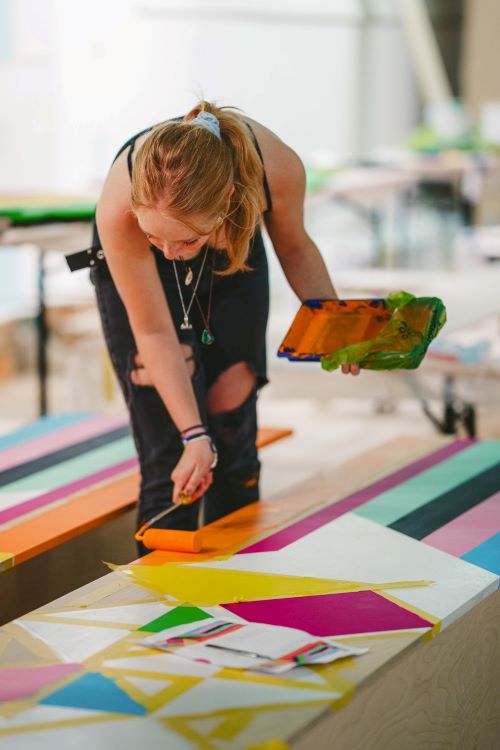 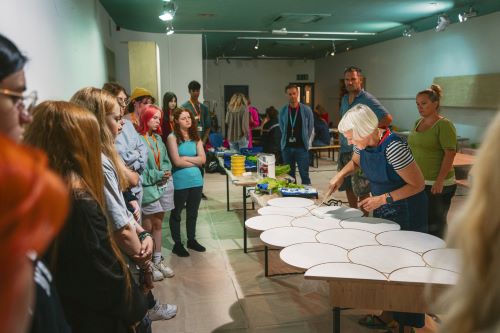